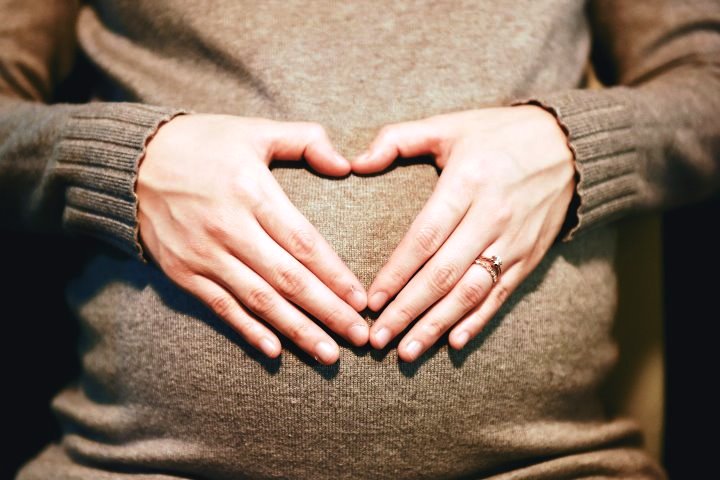 What caused heart defects in unborn babies – antidepressants or genetics?

A pilot genetic study identifies several gene variations potentially involved in the formation of heart defects among foetuses exposed to maternal use of antidepressants.

EVERY pregnant couple anticipates a perfectly healthy baby. However, some may be “gifted” with children with birth defects, and look for answers desperately.

‘Was it something I did?’ ‘Was it because of the medicine I’m taking?’

Birth defects may occur in three out of 100 births, and the highest prevalence is for heart defects, which is eight to nine cases per 1,000 live births. Although it is a rare occurrence, the burden it carries to the family may be detrimental and heart wrenching.

Some birth defects, like Down’s Syndrome, are mainly caused by genetic mutations. However, for several others, having one risky gene does not necessarily increase the chances of having a baby with these birth defects. Other environmental factors may come into play, particularly maternal age, smoking, obesity, and medication use during pregnancy.

Up to nine in 10 pregnant women in developed countries used medication during pregnancy. Some women have clear indications for taking drugs during pregnancy, normally to control chronic conditions, for example hypertension, epilepsy, and depression. Other women, usually with minor ailments, may choose whether to take medicines or not. This decision, however, may be affected by the unknown “risk of harm” to the foetus caused by the medication.

Some medications are known to cause harm to the human foetus, referred as a teratogenic effect. Teratogenic effect may include a failure for the foetus to develop normally, causing structural disorders such as heart defects, limb disorders or cleft palates.

Teratogenic effect of a medication was not much of a concern, until the Thalidomide tragedy in the early 1960s, which witnessed thousands of babies born with severe limb defects known as phocomelia. Thalidomide, once a popular antiemetic for morning sickness, was not found to cause such effects in animal studies, suggesting the differences in the mechanism of teratogenicity across species.

The Thalidomide story is a turning point in medication safety vigilance, especially for pregnant women. Since this event, the regulation for medication safety and monitoring has been tightened, and birth defect registries were set up to monitor its occurrence, for example the European Surveillance of Congenital Anomalies (EUROCAT), US National Birth Defects Prevention Network (NBDPN) and the International Clearinghouse for Birth Defects Surveillance and Research (ICBDSR).

Among ten genes tested, which are important for the action of these medications in the body, five genes were identified to have possible variations that might increase the risk of the foetus to develop heart defects.

Luckily, not all drugs taken during pregnancy are deemed to cause harmful effects to the foetus. In the previous decade, researchers have found evidence of teratogenic effect of serotonin reuptake inhibitors (SRIs), a group of antidepressants (e.g. paroxetine, sertraline). Mothers using these medications during pregnancy were found to have an increased risk to have babies with heart defects.

To identify the role of genetics in predicting this risk, we recruited 33 mother-child pair and two mother-only cases of children with heart defects registered in EUROCAT Northern Netherlands. Of these, seven of the mothers had used any of the SRIs, in the first trimester of pregnancy. Among ten genes tested, which are important for the action of these medications in the body, five genes were identified to have possible variations that might increase the risk of the foetus to develop heart defects.

Among the identified genes is ABCB1, which encodes for P-glycoprotein (P-gp). P-gp is a transporter protein that protects the foetus by preventing the entrance of SRIs molecule into the placenta.

SLC6A4, a gene encodes for serotonin transporter protein, was found to have two genetic variations (5-HTTLPR and 5-HTTVNTR) associated with the risk of heart defects among foetus exposed to SRIs.

Other three genes are the serotonin receptor genes (HTR1A, HTR1B, and HTR3B), where serotonin acts in the normal cell signalling, important for the development of foetal heart.

The exact mechanisms of the association are still vague while the results need to be replicated in a larger sample size. Moreover, some genetic variations are relatively more common in one population than others. This denotes the need of genetic studies to be done among our population.

Paving the way to personalised therapy in pregnant women

No doubt personalised medicine is the way forward in healthcare services. It aims to cater medication needs tailored to genetic profile. This way, one will only be prescribed medications that are most likely to be effective and safe.

Important genetic factors include variations in metabolic enzymes and transporter proteins. If you are carrying genetic variations of a fast metaboliser, you might end up needing more doses than most people. In contrast, those who are poor metabolisers are at risk of having drug side effects and toxicity. For example, around 15 per cent of Asian population are poor metabolisers of the CYP2C19 enzyme, which may affect the toxicity risk for clopidogrel, an antiplatelet medication used in cardiovascular diseases.

Without doubt, pregnant women are among those who would greatly benefit from this predictive therapy. One of the reasons is that pregnant women are more vulnerable to changes in drug action and effects.  These changes might either lead to underdosing or overdosing of a drug, which poses the risk of inefficacy or toxicity. Also, bearing in mind the safety and wellbeing of the unborn child, the amount of medication exposed to them should be as low as possible.

More studies are needed to help us understand the complex interplay between genetic and environmental factors in the development of birth defects. Although it seems a distant prospect, we are hopeful that someday genetic screening will be done among pregnant women using the possibly teratogenic drugs. Who knows, this might be one of the most meaningful prediction for some?

Nur Aizati Athirah Daud is a registered pharmacist and a clinical pharmacy lecturer in the School of Pharmaceutical Sciences, Universiti Sains Malaysia (USM). She obtained her pharmacy degree and MPharm (ClinPharm) degrees from USM, and a PhD degree in University of Groningen, the Netherlands. Based on her PhD project, she had published a thesis book consisting of six original research papers published in indexed journals. She is also one of the young scientists representing Malaysia to meet the Nobel Prize winners in the 68th Lindau Nobel Laureate Meeting 2018 held in Germany. Her research interest are women and reproductive health pharmacy, pharmacogenomics and personalised medicine. She strives to promote the implementation of pharmacogenetic testing in Malaysia, and aims to establish a patient database to support and sustain genetic studies involving perinatal medicine and reproductive health. She is a member of Malaysian Pharmaceutical Society and a committee member of IMAM Response and Relief Team (IMARET), a medical-based NGO involved in medical aids to the marginalised communities. She is also involved in a period poverty project in rural area in Kelantan to promote menstrual education and hygiene among teenage girls.