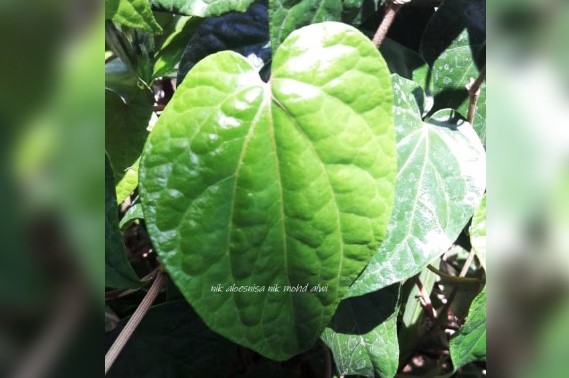 THE leaves of kaduk have traditionally been used by the Kelantanese to treat hypertension.

The plant is easily found and is easy to grow in equatorial areas such as Malaysia. The hidden treasures of the plant were re-discovered by a team of researchers led by Physiology Medical Lecturer Dr Nik Aloesnisa Nik Mohd Alwi from Universiti Sains Malaysia collaborated with other researchers from Universiti Kebangsaan Malaysia.

"The study of kaduk leaves was carried out scientifically after noting a decrease in high blood pressure among our hypertension patients who regularly consumed the leaves as a specialty dish in their meals," says Dr Nik.

Kaduk known scientifically as Piper sarmentosum Roxburgh is a herb of the Piperacea family. The common betel leaf also belongs to this family of plants. In Indonesia, it is known as sirih (sirih is also the Malay term for betel leaves in Malaysia) and other names for it are bun root and betel root.

Meanwhile, kaduk is known as ‘jia ju’ in China and the Thais name it as ‘cha plu’. Those living near the border of Thailand for example the Kelantanese, Kedahans, or people of Perlis would be familiar with the famous Thai food, Miang Kam, which uses these indigenous leaves as the base ingredient - while the Malaysians themselves typically consume kaduk leaves as salad. Overall, using kaduk in cuisines helps to increase the aroma in the cooked meals.

Centuries before, the leaves of the Kaduk plant have been used as a healing agent in traditional medicine. The leaves and roots are placed on the forehead to relieve headache and the soup from boiled kaduk water is used to relieve muscle and bone pain.

In Indonesia, the roots are chewed together with the areca nut while the juice is consumed to relieve cough and treat asthma. It can also be chewed together with ginger to relieve dental pain. For pneumonia, the roots are chewed together with nutmegs and ginger. The kaduk leaves are also used to treat chest pain where the leaves are warmed and coated with coconut oil and placed on the chest. To ease the cough, the leaves are finely ground and placed on the throat area. In Thailand, its leaves and fruits are used as an expectorant while the roots are used to remove excess wind in the stomach and relieve abdominal pain. The roots can also be used to treat bleeding diarrhea as well as to cure skin diseases caused by fungal infections.

Kaduk is also believed to be beneficial in treating malaria and bacterial infections. Boiled kaduk water is also traditionally used to treat diabetes. These wonderful benefits of kaduk as listed here are not exhaustive as there are still thousands of secrets to be revealed by potential researchers.

According to Dr Nik, based on the plant’s many medicinal and dietary uses, the group of researchers undertook studies to discover kaduk’s many curative properties. They decided to investigate the effectiveness of the kaduk leaf in controlling high blood pressure. 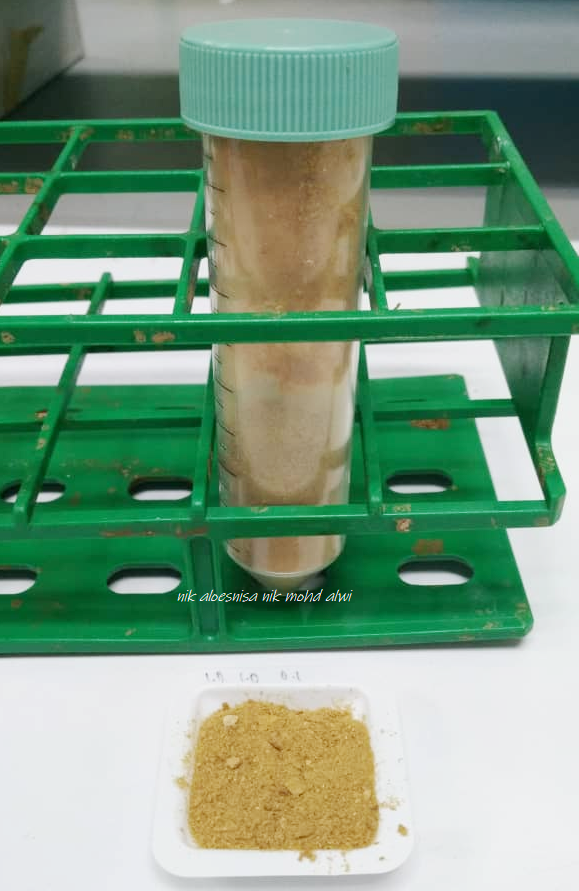 “Among the antioxidants were rutin and vitexin which are known to have a positive effect on cardiovascular health,” says Dr Nik.

“Additionally, other studies on this plant found that its leaves can increase the levels of nitric oxide in the blood. Nitric oxide serves to repair damaged endothelium cells  which cause hypertension. There are also other researches on toxicological studies and from the findings so far, the active ingredient of the leaves is not known to have any harmful effect if taken according to the recommended dosage,” adds Dr Nik.

In the current study, a rat species, Wistar Kyoto (WKY) was used as an experiment model. The rats were divided into groups, among which, a group of rats was induced with a chemical called Nω-nitro-L-arginine methyl ester (L-NAME) and the other group was not. L-NAME acts as a nitric oxide inhibitor that leads to the production of free radicals and therefore, it will cause damage to endothelium cells in the blood vessels.

“This means the rats in the L-NAME group gained high blood pressure. By administering orally through the oral gavage, they found that the extract of the leaf was able to protect the endothelium damage and reduce the high blood pressure in the rats,” she explains. 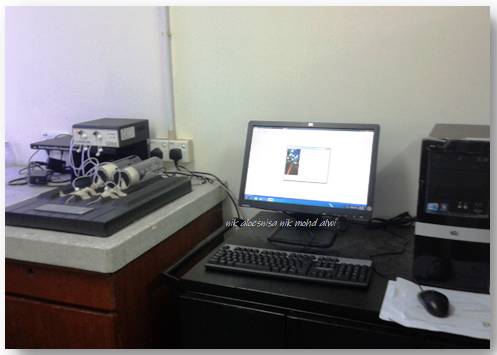 "We used a well-known method to feed the rats every morning for a month. We found that the blood pressure of the hypertensive rats dropped to the normal level. More amazingly, this extract continued to maintain the normal level of non-induced WKY rats’ blood pressure by giving the same dosage of the extract.

“The purpose of this method is to imitate the effects of the high blood pressure in patients consuming the leaf every day. The finding of this study also revealed that kaduk was not harmful to those with a normal blood pressure if consumed every day, in which the intake would not cause a lower blood pressure to normotensive persons. In addition, this study has been published in Journal of Sains Malaysiana recently," Dr Nik said.

At present, Dr Nik intends to carry out further studies on humans soon and produce a supplement after further research confirming its safety and efficacy. 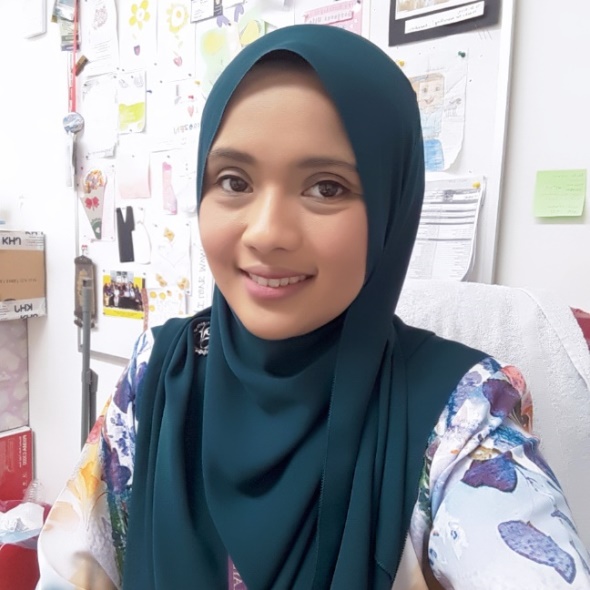 Dr. Nik Aloesnisa Nik Mohd Alwi is a Medical Lecturer of Physiology at School of Dental Sciences (PPSG), Universiti Sains Malaysia (USM). She has been teaching at USM for 10 years. After graduated as a Medical Doctor (MD) at USM, she worked with Ministry of Health in various hospitals and clinics in Kota Bharu and Sungai Petani before she joined USM as a trainee lecturer in 2009. She graduated from her postgraduate study, Master in Medical Sciences of Physiology in 2012 and return to USM as medical lecturer. Apart from teaching undergraduate and postgraduate students, she also actively involved in research however her passion in teaching is undoubtable where she is chosen to hold a position of E-Learning Coordinator in her faculty since 2015. Dr Nik Aloesnisa has responsibility in students own learning by employing the Student-centred Learning (SCL) approach. She is a firm believer in a continuous process of reflection as she adapt to the changing needs of her students. Her constant reflection is based in the cycle of inquire. She also include the strategies and findings of her continuous research on technology and higher education in her reflection. She will definitely review and reflect on these approaches so that her students will benefit from her teaching practice….constantly!!