Addressing Domestic Violence During a Pandemic or Disaster Situation

On the 11th March 2020, the World Health Organization (WHO) declared the COVID-19 global outbreak to be a pandemic.  Following WHO’s call for countries “to urgently scale-up aggressive measures” to contain the spread of the disease, on the 16th March, the Malaysian government announced that it would observe a form of lockdown through a Movement Controlled Order (MCO), an order derived under powers given to the government in the Prevention and Control of Infectious Diseases Act 1988 and the Police Act 1967.

The MCO was to take place for two weeks but had been extended four times, until the 12th May 2020. Since then and to date, several conditional MCOs have been imposed nationally or in specific localities.

The MCO and its variations generally prohibit movements and gatherings of people outside of their homes and compel the closure of all places of activities (places of work, education, worship, commerce, services, etc.) except for those defined as essential services.  This order fundamentally requires for people to stay at and work or study from home.  Opportunities to leave home to access services are very limited and subject to police powers. In the first MCO, the Malaysian government announced that only “heads of families” were allowed to go out to acquire essential items for their families, and the heads of the family are ordinarily presumed to be the men in the family. Many Malaysians find the new arrangement of staying in with members of the family or friends who ordinarily share homes with them, for an extended period of time, a new experience requiring some adjustments. For some family members, particularly women and children, however, the MCO or other forms of nation-wide lockdown have risky, but not readily recognised impact: vulnerability to domestic violence, frequently at the hands of husbands, fathers or powerful men in their families.

In its publication in 2015, the International Rescue Committee (IRC) postulated that gender inequality in families contributes to domestic violence and this problem is exacerbated during a situation of emergency where structural and interpersonal norms and relationships are disrupted. Based on its findings, the IRC concluded that a crisis environment allows men to commit violence against their intimate partners with relative impunity. According to a well-known scholar on abusive relationship, Marianne Hester of the University of Bristol, the risk of domestic violence incidence increases whenever families spend extended time together, such as during Christmas and summer holidays. It is submitted that the situation will be similar or even riskier during a crisis like the MCO that is imposed as a result of the COVID-19 pandemic situations. Women and children who are already victims of domestic violence may experience heightened abuse that can be more easily triggered by living in confined spaces with their perpetrators and by the anxiety and uncertainty of the pandemic situation. In addition, the limited space for movement and the apprehension about the COVID-19 crisis may also lead to new cases of domestic violence. The domestic violence situation is further exacerbated by the limited availability of support for the victims due to the inability of the victims to leave the home to seek help, to the shutting down of service centres and the reduced manpower of the law enforcement and healthcare providers because these would have to be rerouted towards dealing with the pandemic.

Many countries in the world commenced different forms of lockdown to contain the COVID-19 spread beginning in early March. About a month down the line, on the 6th April, the United Nations Secretary-General, António Guterres, announced that there is evidence of a sharp rise in domestic violence cases in the world during COVID-19 lockdowns and called on governments worldwide to include addressing domestic violence cases as a very important element of their national response plans to the pandemic situation. It is reported that in China, formal reports of domestic violence in the epicentre of the disease tripled during the COVID-19 quarantine period. In the United Kingdom, the first three weeks of the lockdown period saw 16 deaths of women and children due to domestic violence, where the perpetrators are men. This is double the average for the same period in the last 10 years (ibid.).  In Spain, the number of calls to the national domestic violence helpline increase by 18% during the first two weeks of lockdown compared to the same period a month earlier. The first fatal casualty of these cases is a woman who was killed by her husband in front of her two children. The Institute for Equality in Canary Islands, Spain launched a campaign, Mascarilla-19 (Mask-19) that guided abused women to seek help by making excuses to go to the pharmacies on the pretext of getting masks. The pharmacists would understand that this is a code for domestic violence and would call the police for the victims. France followed suit with this measure when its statistics showed a 36% increase in police intervention for cases of domestic violence in Paris after lockdown measures were imposed. The French government also pledged to provide shelters for victims in hotel rooms throughout the lockdown and to open counselling booths in supermarkets.

Predictably, during the first Malaysian MCO there are indications of spikes in the number of Malaysian domestic violence cases. Talian Kasih, a helpline service of the Ministry of Women, Family and Community Development (MWFCD) shows a 57% increase in the number of calls during the first few weeks of MCO. While this percentage does not wholly represent calls about domestic violence, based on the types of calls that the helpline usually received, it can be surmised that this percentage includes a substantial number of wife abuse cases.  WAO, a non-governmental organisation advocating for the elimination of violence against women and for gender equality, which also provides shelter and services for women experiencing violence, reports that it notes a 44% increase in their Hotline calls and WhatsApp inquiries for the period of two months, February and March 2020. In April, the number of calls and inquiries on domestic violence had risen by almost double that of March, making it the highest number of inquiries since the first MCO in Malaysia.

The Convention on the Elimination of All Forms of Discrimination Against Women (CEDAW), which Malaysia has acceded to since 1995, addresses domestic violence issues as a form of gender discrimination through its General Recommendations. General Recommendation No. 19 of CEDAW states that domestic violence is a form of gender-based violence that hinders the victim’s rights to life that is free from violence and abuse.  While victims of domestic violence may be women, children, the elderly and the disabled persons in the family, studies around the world show that victims are disproportionately women and girls and the perpetrators are overwhelmingly men.

Malaysia recognises domestic violence as an important issue that violates the rights of family members to live in a peaceful and safe familial existence.  The Domestic Violence Act 1994 was enacted to ensure citizens’ protection from this violation.  Section 2 of this Act defines domestic violence as:

Thus, domestic violence can be in the form of physical or psychological abuse and covers a range of behaviour that may not result in clear evidence of violence on the victim’s body.  This means that interventions to domestic violence cases must be sensitive to different signs that a person may have been abused.

CEDAW’s General Recommendation No. 35 asserts that domestic violence is rooted in social norms that privilege masculine powers in society and that allow the manifestation of these powers through the use of violence that goes unpunished (para 19). CEDAW requires State parties to demonstrate due diligence in tackling gender-based violence including domestic violence. In the context of gender-based violence, due diligence is an international human rights principle that requires a state to be accountable for violation and abuse of the rights of citizens, including those perpetrated by non-state actors. Both General Recommendations No. 19 (para 9) and No. 35 (para 24) of CEDAW stress that State parties to the Convention have the obligations to take all appropriate measures to investigate, prosecute, punish and provide reparation for acts or omission, by State on non-State actors, that result in gender-based violence.  These appropriate measures have been translated by the Due Diligence Project (duediligenceproject.org) into a due diligence principle containing five elements (“5Ps”): prevention, protection, prosecution, punishment and provision of effective redress to the victims. 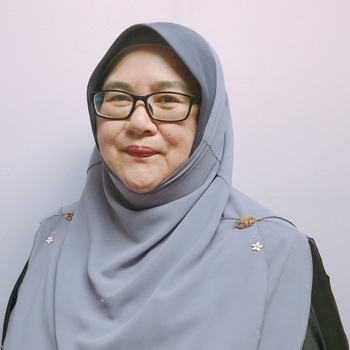